Remote and hidden to the east, at the foot of the imposing wall of ridges of the sacred massif of the Kangchenjunga, Rumtek Monastery, in the foothills of the Himalayas, steep but accessible, crowns the mount of the same name, facing the city of Gangtok, once capital of the Buddhist kingdom of Sikkim and since 1975 incorporated into the Republic of India.

In this gompa or monastery, geometric construction of a mandala according to Tibetan architecture, the main one of the Sikimese monasteries, of the Tibetan Buddhism lineage kargyupa o kagyu karma, within its walls, according to tradition, the magical black hat (vajra mukut) made with endless sweet hair of dakinis, female Buddhist deities, light blue dancers, which identifies its visible head, the karmapa, and its headquarters. The same tradition also ensures that this marvelous tiara cannot be seen simply in the eyes of any mortal. Perhaps that is why he ended up commissioning to weave an earthly one that the Chinese emperor gave to the fifth of the Karmapas at the beginning of the XVth century, and which, apparently, is equally preserved, even without loss of charm, in Rumtek.

The monastic façade faces a large atrium or patio located to the east, the scene of the main rituals and dances of the monastery. The last week of the Tibetan lunar calendar is the time to come together to celebrate gutor, the farewell of the year, and thus promote a new auspicious and full one with sacred dances loaded with symbolism that is believed to have been created and even performed in life by padmasambava, the propagating guru of Buddhism in Tibet, also known as Guru Rinpoche, transmitted in visions or dreams by Buddhist masters and forcefully recovered by the new 17th karmapa. 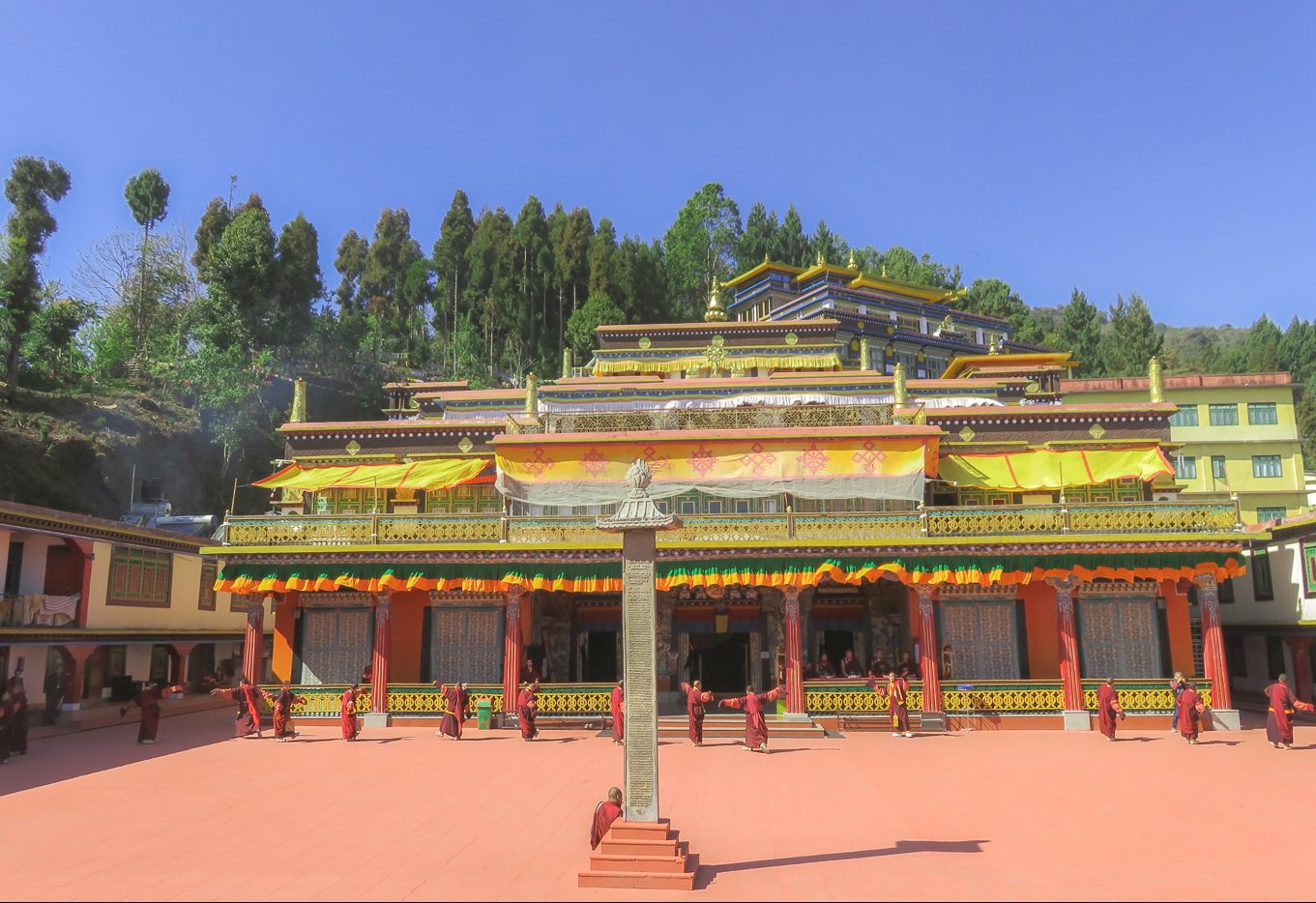 Facade of the Rumtek Monastery during the dress rehearsal of the cham dances for the celebration of the Gutor festival in February 2019.

Around seventy young monks in their long-sleeved robes occupy the esplanade in front of the monastery on the first day for a kind of dress rehearsal of the dances. Gutor Mahakalacham, without a mask on this occasion, wearing their characteristic white felt boots [tshoglam o thsolam] and the ritual leather canteen lined with brocade hanging from the waist [chabluk], which contains holy water.

At the end of that same day, it is installed the great horse-radish (figure made with barley flour and butter dri o son —the yak female— for the offerings) of Hazhal in the middle of the patio around which the successive propitiatory ritual dances, of an approximate hour of execution each one of them, with small intervals for breaks and snacks, until concluding with the appearance of three floats and the procession of the triad of Mahakala, which will take place in the late afternoon. 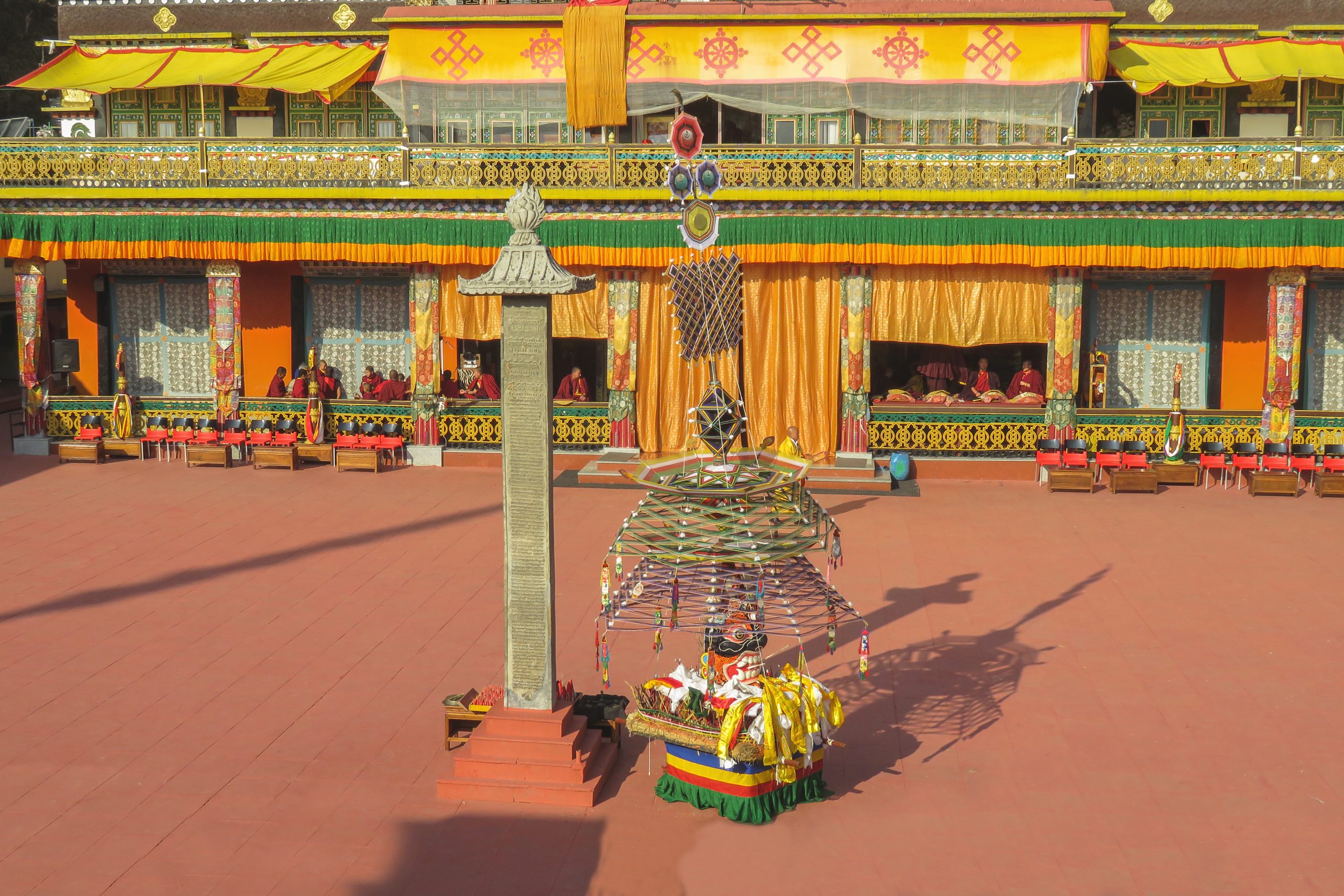 The figure of Hazhal Mahakala appears surrounded by an intricate castle of threads woven between wickers, representing his dwelling place, topped with a banner to cut the wind, on whose platform the katas, white scarves and other colors will be placed, along with other objects .

Trumpetry and percussion to each dance, with each appearance of the cham dancers, they announce the beginning with sounds like coming out of the deep unconscious, strange roars or luck of intermittent but prolonged blows brought by the force of the wind from between the fog and the wooded branches of the highest mountains, which place you in the middle of the scene and attract your attention by nailing your feet to the ground without noticing it. And together with the guttural, rhythmic and rhythmic recitation of the mantras, which mark the passages of the ceremonial and party, they will end up completely enveloping you. The rest of the Buddhist community that inhabits the monastery and the devout assistants, some of them coming from Bhutan as they reveal their attire, whistle in acclamation and immediately follow one another and chain the airs of dance and ritual.

gutor cham will invoke the protection of Mahakala (mahakala, great black, the great black divinity), also known as bernachkan among the followers of Buddhism kagyu karma, or Mahakala with two arms, who watches over the permanence and protection of the karmapas, to protect the teachings preached by the Buddha, their transmission and that of their practices, spread from northern India to Nepal and Tibet after a thousand years .

In the Buddhist tradition, cham dances are the vehicle for meditation, to prepare by motivating yourself, concentrating and jumping the barriers that prevent enlightenment. The claim of these dances goes beyond their performance, they are the vehicle for the maturity of contemplation. The development of the dances is necessarily accompanied by sacred music and essential accessories such as masks with their costumes within a ritual that will complete the ceremony.

The Gatekeeper dance at Rumtek

Preceded by incense bearers and musicians, the main lama (lama vajra) makes his appearance very ceremoniously dressed in the imposing wide-brimmed hat in black, crowned by a small skull and topped by a showy feather, with the ribbons of the five colors of the five Buddhas of wisdom, a summary of the principle of enlightenment. of Buddhism, braided back.

El hat It comes to symbolize, as a mandala of the wind that sustains the universe, Mount Neru, home of the pantheon of Buddhist deities. A layer dhagam richly made of showy brocade, a silver disc like a mirror to the chest, and apron wearing the effigy of Mahakala they make up their variegated ceremonial clothing.

Slowly and progressively, with gentle movements between short steps and jumps, in a circle, he will carry out his own ritual: in his first appearance he carries in his hands a hook that turns up and down, threaded on a stick, soon a loop, then a chain and finally a bell, to exorcise and disarm with all these instruments of the rite to the enemies of dharma and everything that could hinder it on the threshold of the new year.

Immediately, crossing two dark feathers in the air first and dancing with his arms raised afterwards, he wears a bow and an arrow in each hand. In this way he concludes his intervention, the most ritualized of the day, leaving the scene between incense and music.

The dance of the deer

Then, with the high lama presiding over the ceremony, the dances continue with a parade of multiple animal heads through live papier-mâché masks Most of them, but all of them of an incomparable colorism, accompanied by the agitated movements of the unexpected leappers that come to be a forecast of what souls will find in the period that goes from death to reincarnation, a preparation for the path of that last stage in short, with visualization and lighting by metaphors and dance.

Enronged the now masked monks begin their cham dances dressed as wild yaks with black antlers, birds with huge beaks open that remind Garuda, restless deer of white antlers adorned with ribbons of the colors of the dharma… Among others that represent Mahakala.

The two pairs of deer are singled out to act with prominence and at the end one of the four begins to execute only what according to tradition is a Padmasabava's vision, who saw the spirit of the god of the wind on the back of a deer, distracted him from his meditation exercises and decided to subdue the agitated spirit by riding the deer to try to subdue it and make it protect humanity from now on.

Wreaths of bells on the ankles attract the attention of the attendees but above all they help to maintain the desired rhythm of the movements of the dancers, jumps between steps, slow and with jumps, whirlpools until they hit the antlers on the ground in a turn towards back and kneeling.

In the background, although highly visible, at the same time as the ceremonial of the sacred dances develops, there is a game of some comic characters [asara], old, disheveled, raggedy who come and go through the atrium with their jokes with each other and provoking the attendees -photographers included- for a full participation in the New Year's Eve party that works in different senses.

The assaras, monks, like the dancers, act as assistants to their companions with the masks or costume arrangements during the performance or even assisting in the handling of the floats. They also intervene as supervisors of the space reserved for the cham preventing the esplanade from being invaded.

But in particular, and not only during breaks, they assume the role of thinning the ritual by stringing together different jokes and humorous episodes that, far from cutting off the sacralized atmosphere, of meditation and succession of propitiatory dances, on the eve of a new year, they manage to bring together with success the sublime with the ridiculous, de-dramatizing in short. 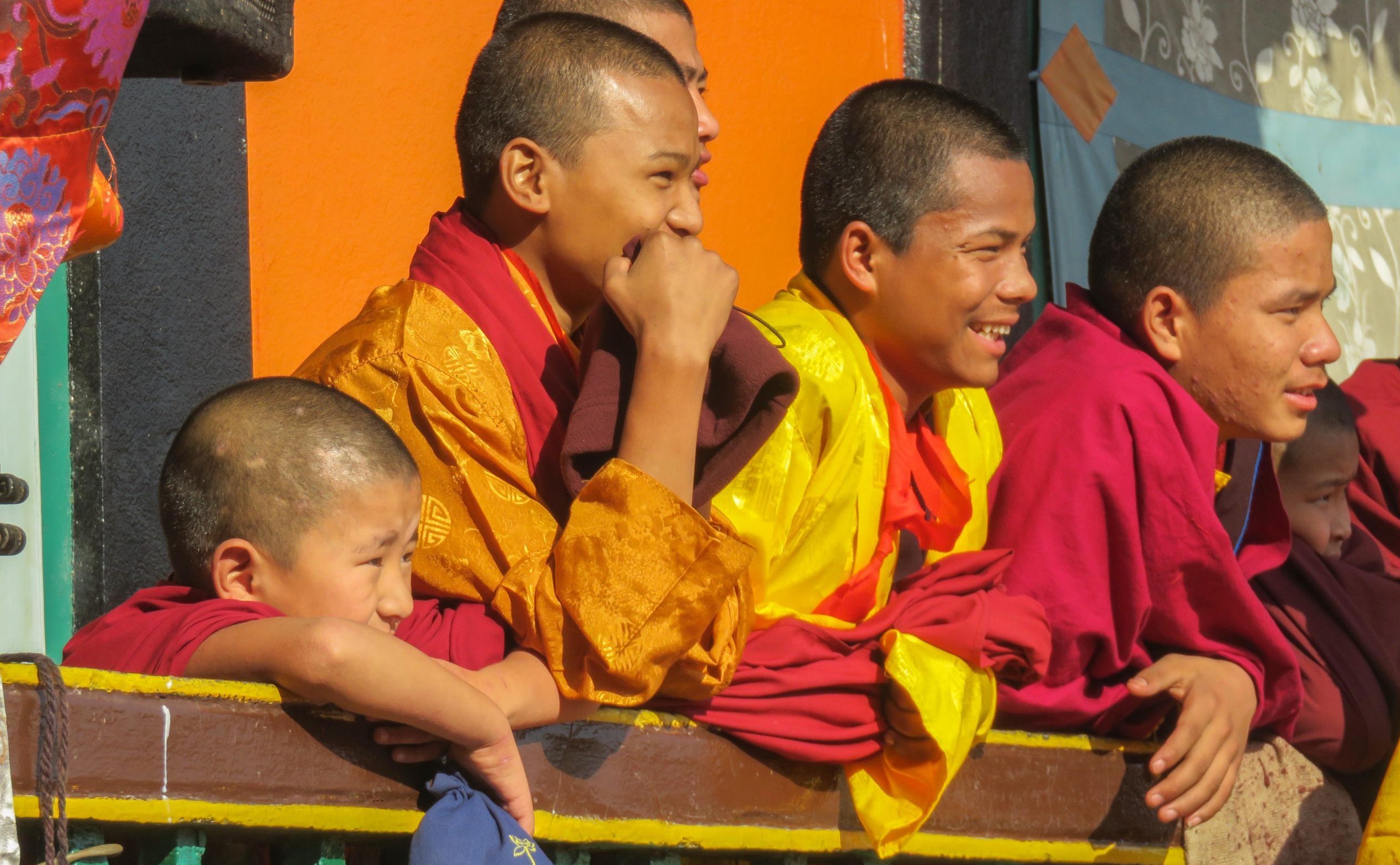 From the balustrade at the entrance to the temple monks and novices laugh the graces of the assaras during their speeches.

The dance of the skeletons

The third of the dances is that of the skeletons: four dancers, in pairs, male and female, in the role of ascetics [the lords of the cemetery: citipati], dressed in white simulating bones and masked, they gesticulate the eternal dance of death and they perform in the middle of jumps and turns to remember how by meditating on it they can remove obstacles, afflictions and suffering, and pave the way that the change of year represents, with its new purposes.

The dance of black hats and drums

Again, among the masked monks, appear the black hat bearers from the high lama of the maraya dance to close the cham dance session prior to the appearance of floats.

The floats in procession through Rumtek after the cham dances

Floats larger than life size, in order: mahakalic, on the back of his blue mule; bernakchan (o Two-armed Mahakala), bluish dark skinned, and vajrasadhu (o dorje lekpa in Tibetan), protector of the teachings dzogchen, compendium of the tradition of Tibetan Buddhism, forcefully come out to the atrium and close the entire Rumtek ceremony and cham dances on an offering table.

The culmination of the protective ritual Gutor Chenmo narrated comes when, after collecting the three floats inside the temple, the burning of the horse-radish who had presided over the courtyard of the monastery, as the last weapon to clear obstacles the arrival of the new year, the festival of Lhosar. ✑REGION 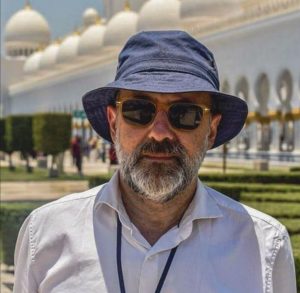 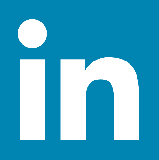